The Hunter Biden Floodgates Have Opened

Now that the Washington Post has decided to hang onto a shred of integrity and admit that the Hunter Biden laptop is real. The panic over its contents and the implications of that content begin to float to the surface.

With all of the drug use and underage sexual abuse found on Hunter Biden's laptop. There is a sobering truth that should concern every single American citizen and thus every human on planet Earth. There is massive evidence of the funding of bio warfare labs connected to the then Vice President Joe BIden, the Pentagon, and their stooge Hunter Biden on the laptop now reluctantly entered into Congressional evidence. Evidence that will likely lead directly to the World Economic Forum's Plandemic.

But Congress isn't acting quickly enough and the infiltration of Corporacratic NWO minions is a cancer that has spread throughout the Federal Government. While Biden ends the title 42 Border restrictions that will fully open the floodgates to appease the United Nations replacement migration coward and liven agenda.

Once the alleged puzzle pieces are finally assembled it will be way past midnight. The second wave of the NWO's silent biological warfare will have been waged by the hyper treasonous Biden family who will have the blood of millions of dead Americans on their hands as they sold us all out to the highest foreign bidder. (Hemoragic)

As it stands for all to see, by design, Joe Biden is overseeing the plug being pulled on American prosperity via energy independence. Playing the fall guy as the Federal Reserve fiat dollar loses its world reserve currency status while entering a digital currency mark of the beast system.

This is it. The end of America. And all the evidence sits on a laptop once protected by the moronic password Hunter02. Is there a Hunter01 laptop we still don't know about?

Videos / Jon Bowne
In this video 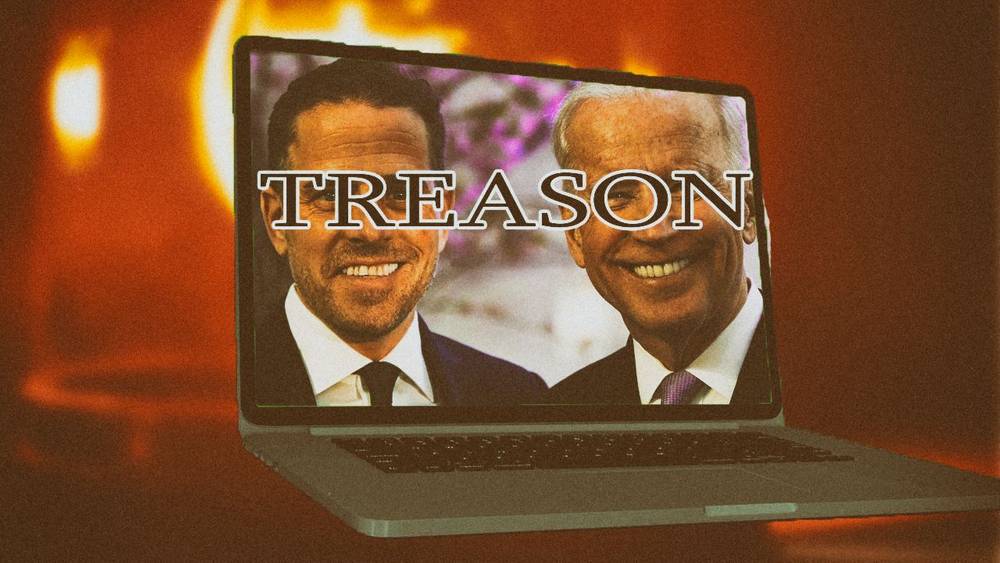