The left's Marxist revolution to normalize pedophilia has in recent years launched a full scale invasion from its decades old Frankfurt School origins on American schools, culture, and government. These progressives, democratic socialists, community activists, as they like to be called are merely wielding the imagined social injustice of dominant capitalist culture against itself. Saul Alinsky tactics successfully undermining aloof American confidence in its institutionalized traditions to destroy it from within. These activists are nothing short of traitors. And their treason has taken the unsuspecting American people for a ride hurtling the young nation perilously closer to its doom.

So it is no small development that the once happiest place on earth for boys and girls has become the wokest place on Earth for the future indoctrination of Marxism. No matter how many times the text of the bill is explained, the mass formation psychosis can't be broken. While the progenitors of pedophilia take their stand behind the lie. What is Goofy's sexual preference? Is Minnie pan-sexual? Is Snow White secretly into BDS&M? The answer is no. Their sexuality has never mattered to anyone. Except for the creeps at Disney and the perverts coming for our children. Until recently, Disney had cornered the market on celebrating innocence. A brand built on trust. But this is the hill that brand dies on.

America has laws to stop the madness. The enforcement of Eisenhower’s Communist Control Act of 1954 would be a good start. Or we can all sit back and allow the future of America’s children to be debased and annihilated. 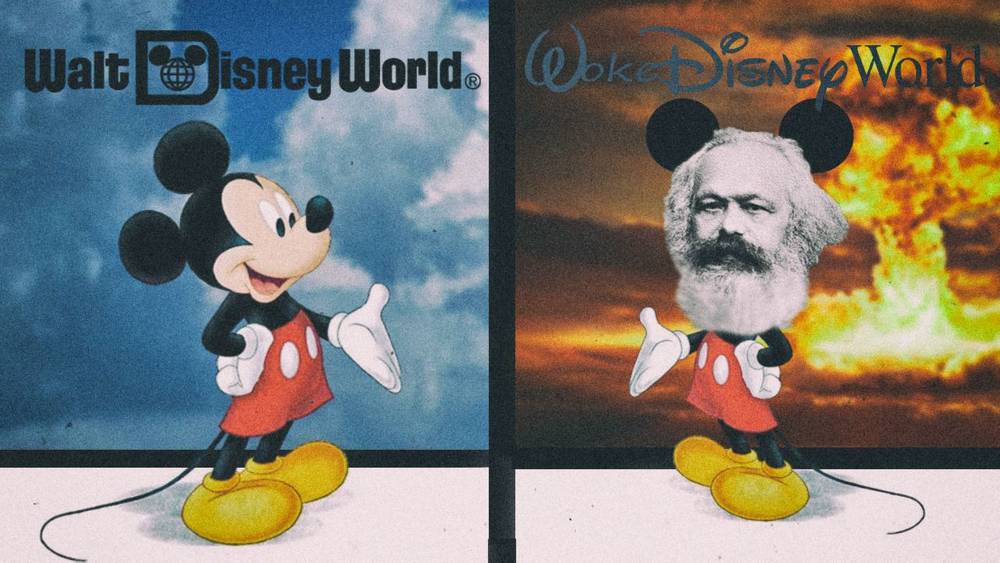