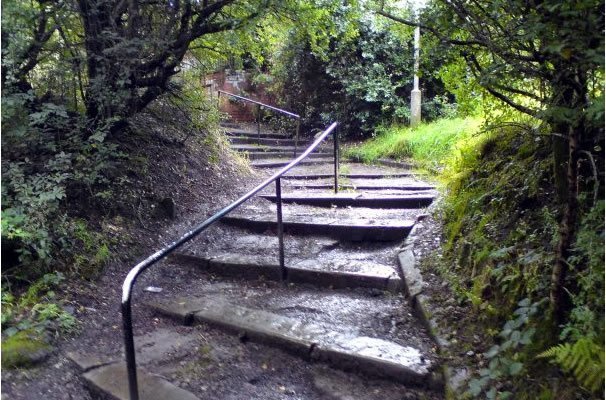 The clockhouse near Clayton-Bridge, is an old house, of mixed stone and brick, erected on an eminence, and approached by a steep path.

Fairies, also, were believed to commit many depredations, such as eating the children's porridge, nocturnally riding out the horses, loosing the cows in the shippon, or churning the milk, whilst 'calving' by the fireside, and stealing the butter; and hence behind many a door, as yet observable in Clayton, both of dwelling and shippon, was carefully nailed a worn horse shoe, believed to be a potent countercharm or talis-man to their freaks and fancies.

Where is The Fairy Steps located?

Places of Interest / The Fairy Steps